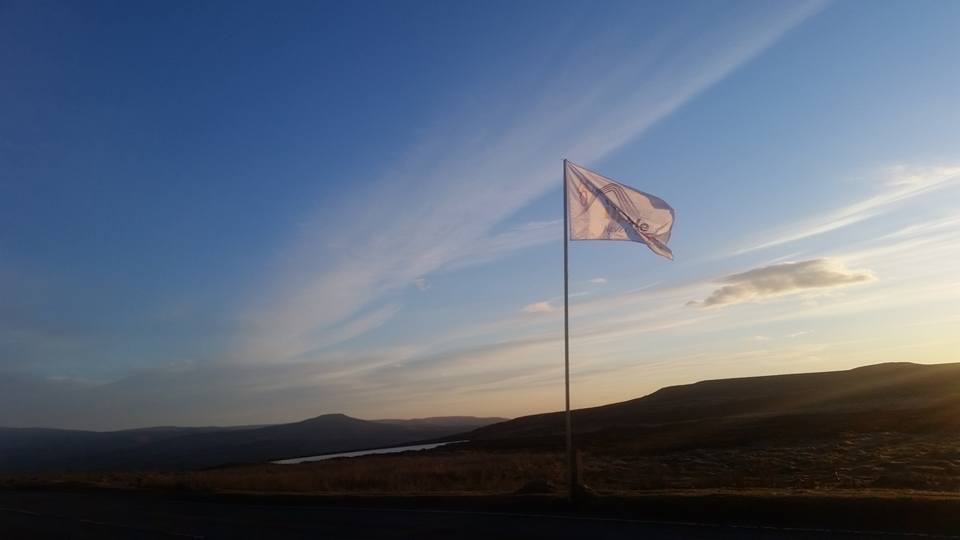 A year comes around quickly as it just seems like the other day since 11 MonWheelers went up and down the Tumble an incredible 70 times for charity. This time around, 3 MonWheelers: David Kealaher, Simon Williams and myself signed up to attempt as many ascents of the Tumble before darkness or exhaustion, whichever came first!

A 5am start at Llanfoist community hall meant getting up at stupid o’clock for the riders concerned. Along with the 3 MonWheelers, there were another 30 or so riders taking part although not all of these made the 5am start. A gradual lightening of the morning sky signalled that it was time to get going and off we went.. 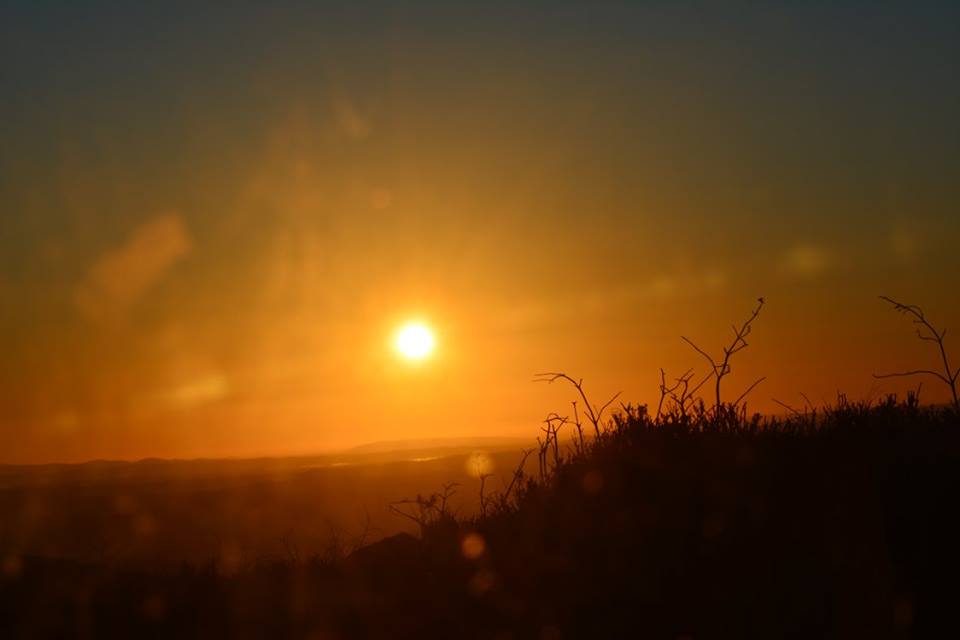 The first ascent was a very cold affair with the temperature just below freezing. However, without a cloud in the sky, there was the promise of a superb sunrise at the top to look forward to. All of the riders starting at 5am knotted together for the first ride up which was a nice touch and so it was just before 6am that we all reached Fox-hunter’s car-park for the official stamping of our event cards. The sun was just rising in the sky and gave a beautiful orange glow to the whole landscape, possibly the most stunning sunrise I have seen in a long long time. We managed to stop for a photo opportunity before doing the first nervous and very cold descent back down to Llanfoist. 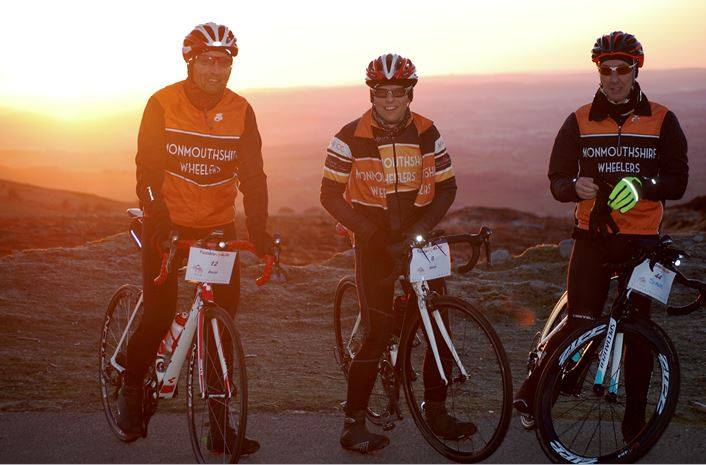 Having completed the first loop together, it was now time to knuckle down and for everyone to ride at their own pace in an attempt to squeeze out as many ascents as possible. Simon and David teamed up, getting into a good steady rhythm straight away whilst I settled into my own pace. As the morning wore on it remained very cold and the field of riders slowly spread out riding at their own pace and trying to focus on the task in hand. In fact the temperature never got above double figures all day but at least it didn’t rain! 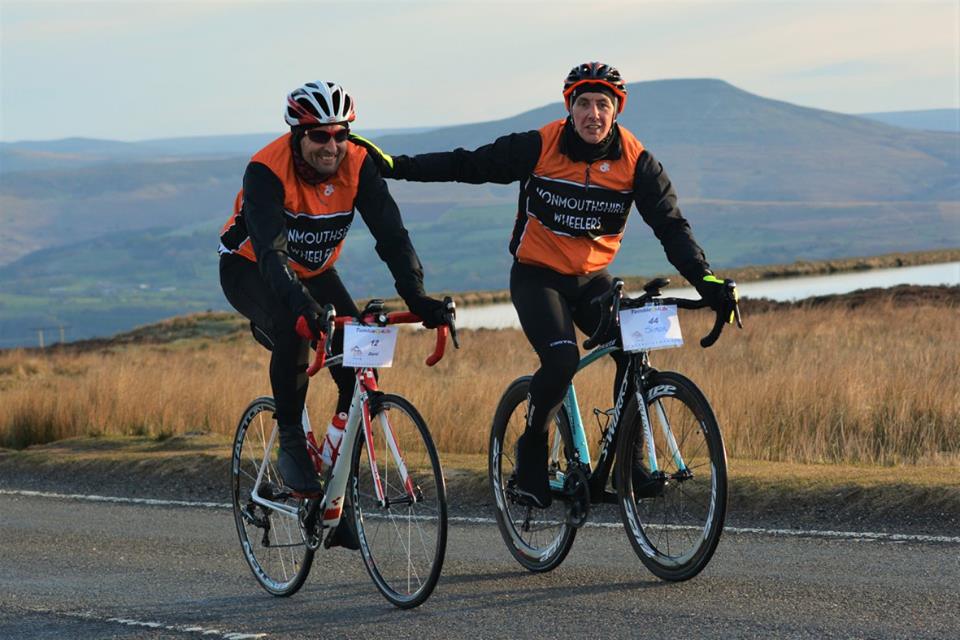 By lunchtime there were around 30 active riders, some as singles others as little clumps of 2 or 3, making the pilgrimage up and down the Tumble. We were all in our own little worlds of pain and discomfort by then, still going but tired, aching and hungry with good doses of cramp shared around. Food was being consumed by the bucket load and thanks to my wife Sue, there were tasty snacks a plenty. Additionally, there were feed stations at the top and bottom of the climb provided by the organisers of the event with cakes, sweets and hot drinks.

As the afternoon wore on, legs and spirits got (more) tired, riders started to drop out having reached their limit. By tea-time it was the die-hards or the foolhardy still going. I cannot adequately describe just how hard this event is for those who haven’t done it. There’s no let up on the ascents and no real relief on the descents. I finished around 6pm and Simon having finished slightly earlier. We left David still going strong and as it turned out until the bitter end at 8pm. When we had all finished, we totalled up a fantastic 27 ascents and descents of The Tumble and to date have managed to raise £610 between us. 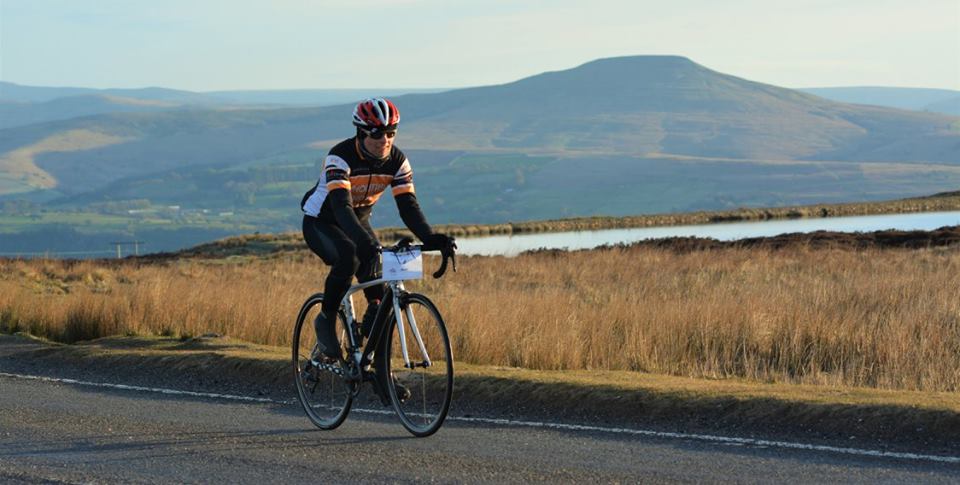 The TumbleUp4Life event is like no other and it has been well supported by the club over the past 4 years. I would recommend it to anyone as a worthwhile and incredibly tough challenge. Hopefully in a year’s time the pain will have receeded and I might be tempted to do it again. Maybe

If anyone still wants to donate it’s not too late and can be done via the general Tumbleup4Life link below:

Many thanks to the MonWheeler club members who turned up to support the three riders this year, it was very much appreciated. Thanks especially to Lisa Williams for all the superb photos taken and to Sue Hollin for food, encouragement and hanging around all day. Thanks also to Dave Busson and The Stand People, our main sponsor, for providing us with a branded flag which we used for the first time at this event. 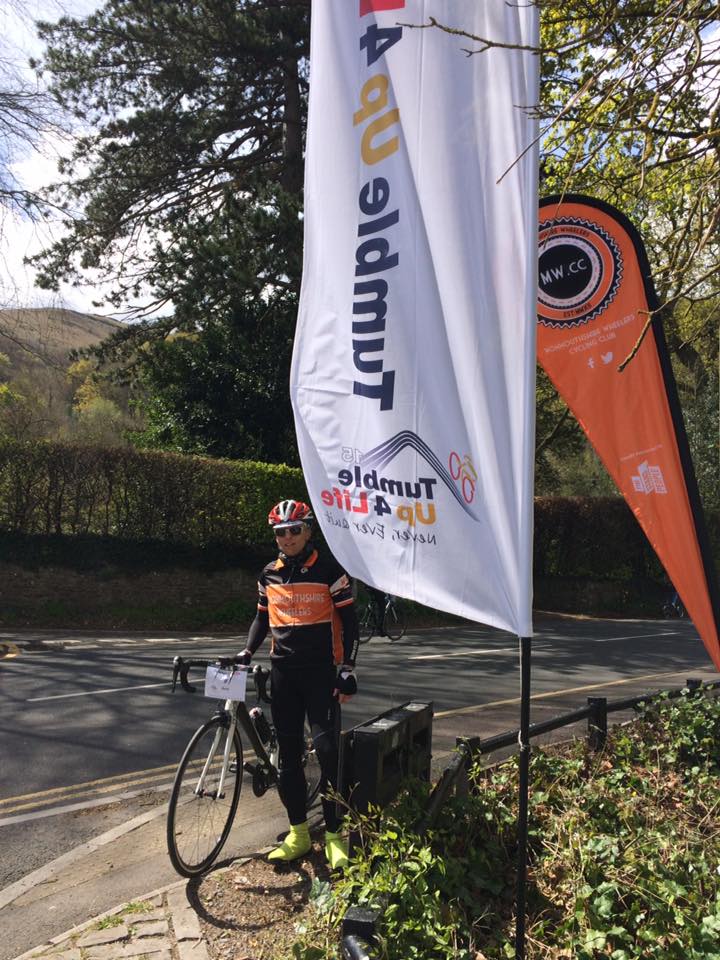 We would also like to thank the organisers of the event who made it all possible and for providing not only refreshments but Dutch humour and hospitality in bucket loads. The website of the organisers is here: 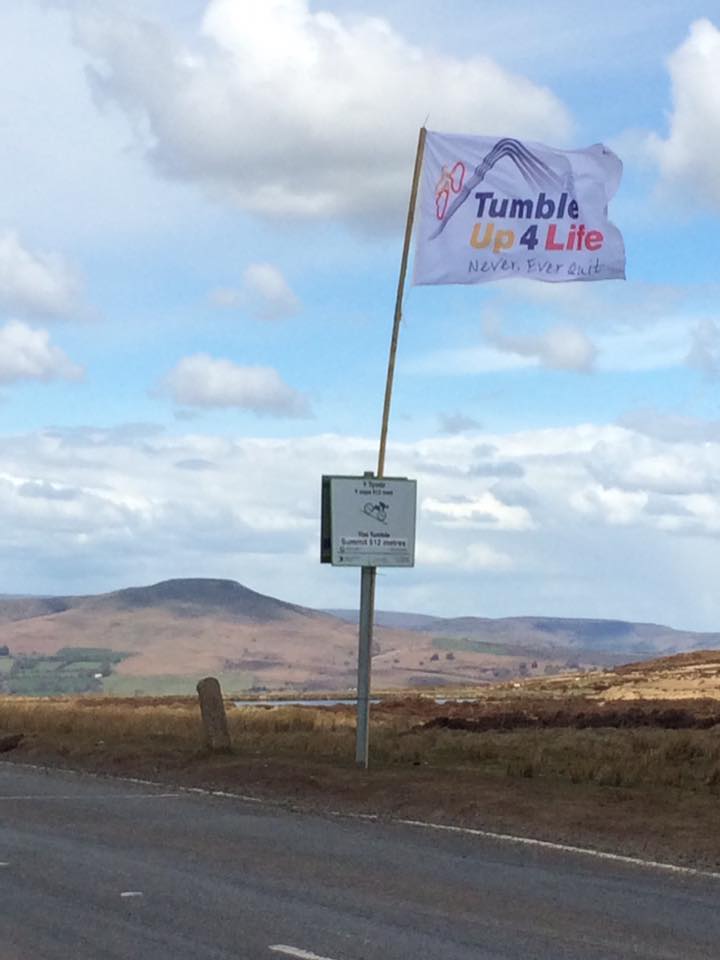